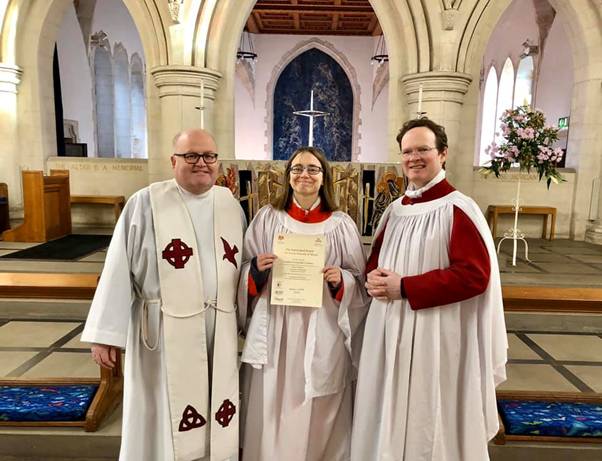 During 2019 St Mary’s Choir has continued its established weekly routine of Choral Eucharist and Choral Evensong on Sundays and Choral Evensong on Tuesdays, heightened by the enhanced liturgical and musical demands for Ash Wednesday, Holy Week and Easter, Ascension Day, All Saints, All Souls, Advent and Christmas.  There was also the annual Civic Service of Remembrance, a Choral Evensong with the laying up of a standard for the Royal Marines Association.  2019 has been a year packed full of anniversaries, and with these celebrations St Mary’s Choir has risen to the challenge and expectations of these occasions with a Choral Evensong for the 50th Anniversary of Swansea becoming a city, and the week of celebrations on the 60th anniversary of the 1959 reopening of St Mary’s.  For the third year running the choir has completed two terms of not repeating any Sunday evening canticles.  Meanwhile, it has been heartening to see evensong congregations grow and share in our worship, particularly on Tuesdays when we are often joined by members of the St Padarn’s Institute and the Theology for Life Course.

Other occasions of excitement for the Choir have included the recording of two programmes of BBC Radio Wales Celebration, and a performance in December of Handel’s Messiah at the Brangwyn Hall with the Gower Chorale and the British Sinfonietta.

St Mary’ s Church is affiliated to the Royal School of Church Music, and the choir is actively involved in RSCM activities and makes use of the RSCM Voice for Life training scheme.  Prof Tony Davies and I have continued to serve as committee members for the RSCM Swansea and Brecon Area.   St Mary’s Choir was well-represented at the RSCM Area Choral Festival at Brecon Cathedral in May, and at Holy Cross, Llwynderw, in October where I directed a choral workshop for the RSCM with the theme of eventide.  In November St Mary’s hosted the RSCM Voice for Life Gold award exams.  During 2019 we presented Emily and Jenny with their Voice for Life Light Blue level certificates and medals.  Meanwhile at Christ Church I have been tutoring a group for the RSCM’s The Complete Church Organist Course, a national initiative to support those called upon to play the organ in church and wish to gain skill and confidence in service accompaniment.

Our choral scholarship programme is made possible through a partnership between St Mary’s Church and Swansea University, and we are grateful to Swansea University for their commitment to 50% funding, and for additional funding from the Swansea St Mary Choral Trust and the Friends of Cathedral Music (endowment grant for an additional scholar).  The scholarship programme has expanded during 2019, with funding for five places becoming available for the academic year 2019-2020.  We are seeking further funding to raise this to six from academic year 2020-2021.

It is encouraging to see the musicianship and confidence of our scholars develop.  Beyond our busy schedule of choral services and rehearsals, they receive weekly individual vocal tuition (up to 15 hours of per annum), and we are constantly looking for additional ways of supporting their musical experience.  This year they have performed solos in the Chancellor’s Concert at Swansea University’s Great Hall in March and performed a Lunchtime Song Recital as part of the 60th Anniversary celebration week in May.  Morgan Darcy Rees-Deacon came in first place in the 16-19 vocal solo competition at the Llangollen International Eisteddfod, and William Playle-de Vries excelled himself as counter-tenor soloist in Bernstein’s Chichester Psalms for the Gower Chorale Concert at St Mary’s in June.

In October, at the start of Swansea University’s new academic year, we welcomed back Bethany Conway (who returned to us after a year in industry), and two new choral scholars, Charlotte Boden (a former member of Leamington Spa Parish Church Choir and the Chapel Choir of Jesus College, Oxford), and Demi-Leigh Billington (a former chorister of Liverpool Cathedral).  Charlotte is to be congratulated on achieving her ABRSM Grade 8 Singing exam with distinction in December.

The St Mary’s 60th Anniversary celebration week at the end of May began with a concert of Choral Classics by the Choir of St Martin-in-the -Fields.  On the Tuesday there was Lunchtime Song Recital was given by our two choral scholars. Thursday 30th May was Ascension Day, and following the Choral Eucharist was a performance by our Director of Music of L’Ascension: Four Symphonic Meditations for Organ by Olivier Messiaen.  The music continued on Saturday with Morriston Orpheus performing a 60th Anniversary Concert and included many popular male voice choir favourites.  St Mary’s Choir was again in fine voice for the Anniversary Choral Eucharist on the morning of Sunday 2nd June.  The week of celebrations concluded with a Celebratory Choral Evensong, the music matching that of the dedication Evensong 28th May 1959.

At the end of August one of our Girl Choristers, Emily, participated in Abergavenny Priory Festival of Liturgical Music as part of an invited trebles choir comprising choristers from Abergavenny Priory, Newport Cathedral and St Mary’s, Swansea.

On Sunday 22nd September presented Ann Conibear with a bouquet of flowers marking her retirement from the Choir recognising many years of faithful service and friendship. 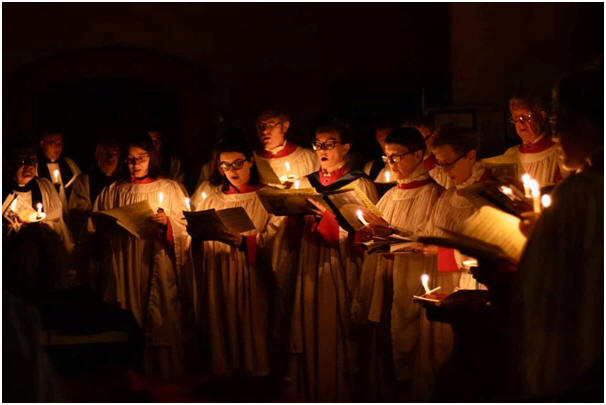 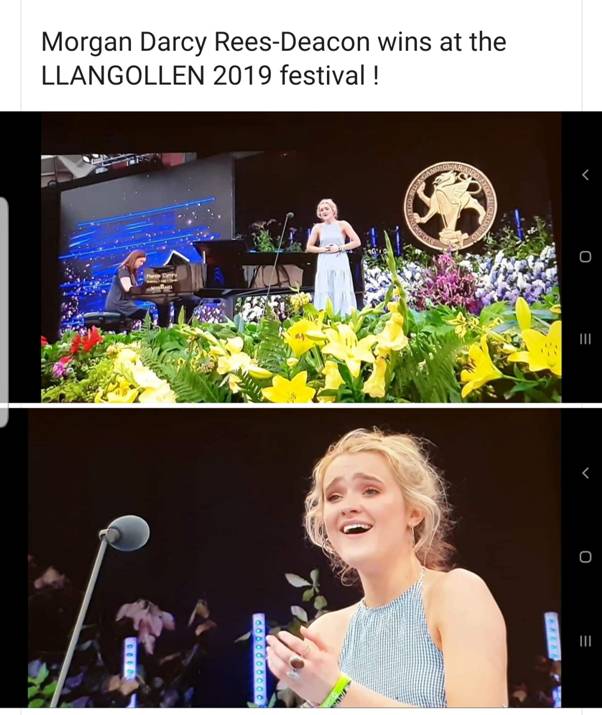 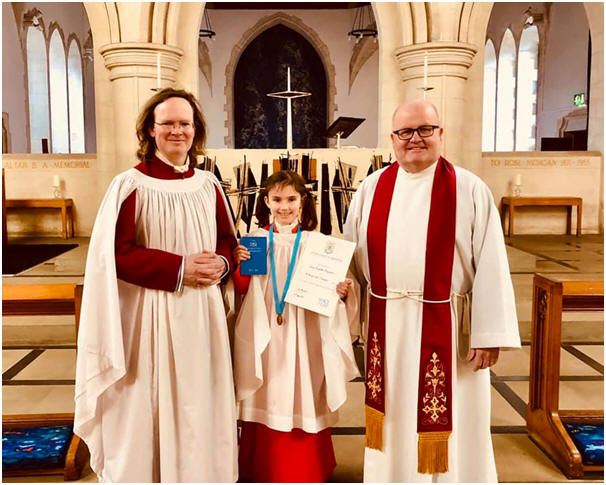 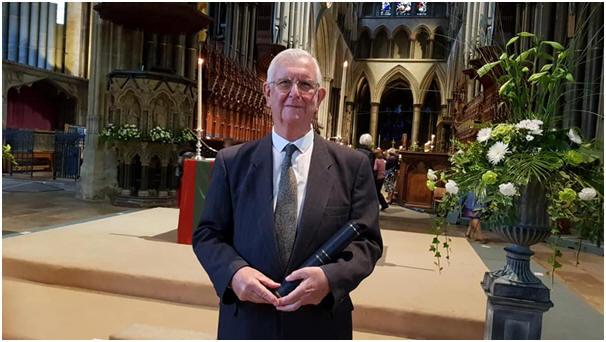 Prof Tony Davies was presented with Certificate of Special Service from
the Royal School of Church Music at Salisbury Cathedral, September 2018,
in recognition of his contribution to the RSCM Swansea & Brecon Area.